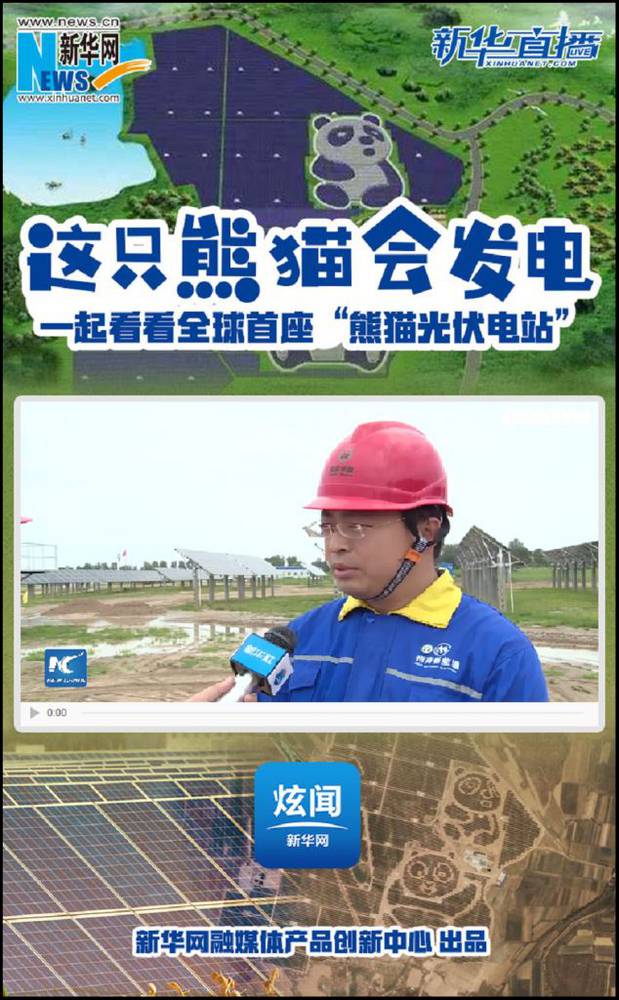 
The creative idea of building Panda Power Plant was first proposed by a Chinese high school students studying in the US. Panda Green Energy formally announced the creative project in May 2016, and signed a cooperation agreement with the United Nations Development Program in September, then launched the world’s first Panda Power Plant in Datong on November 20. 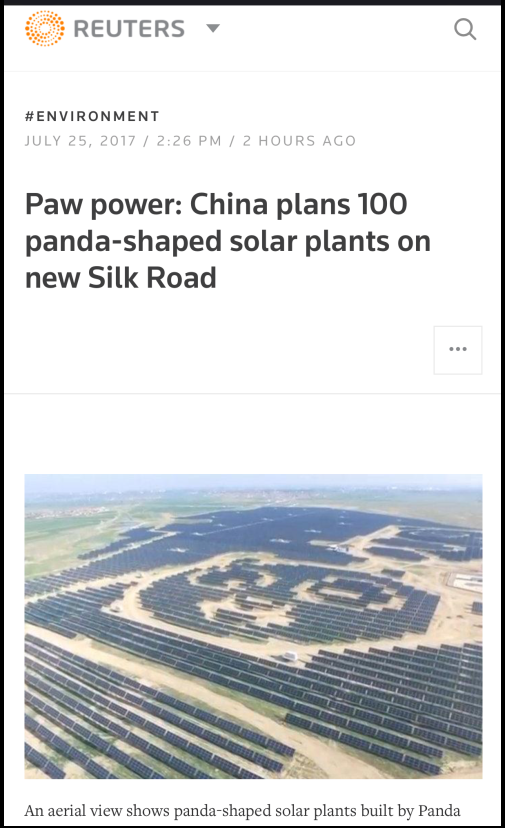 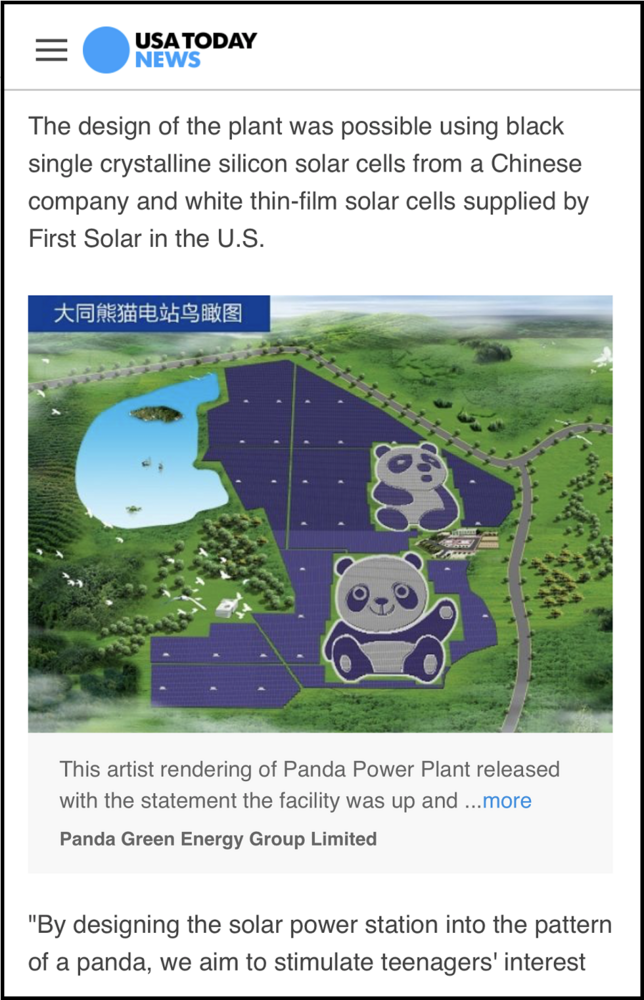 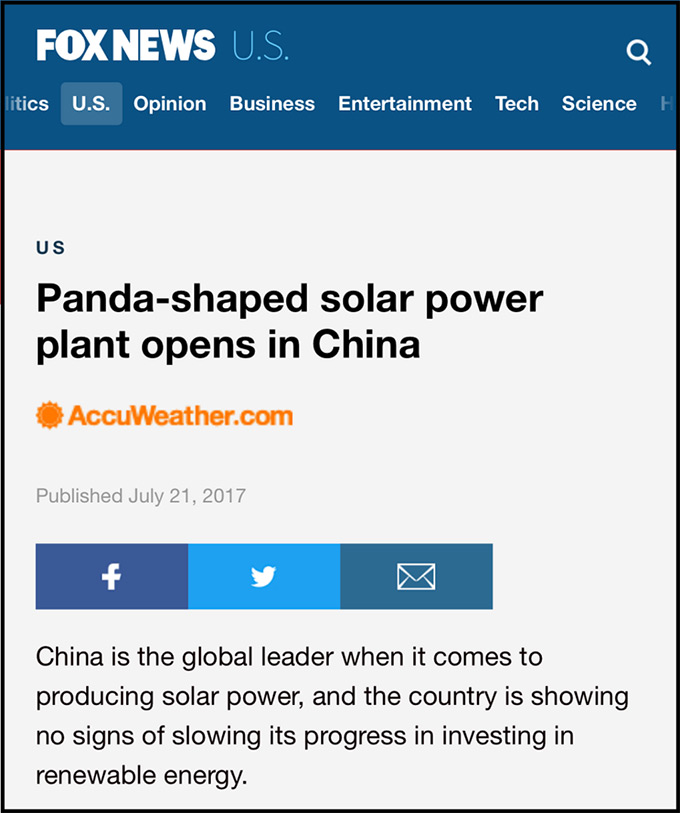 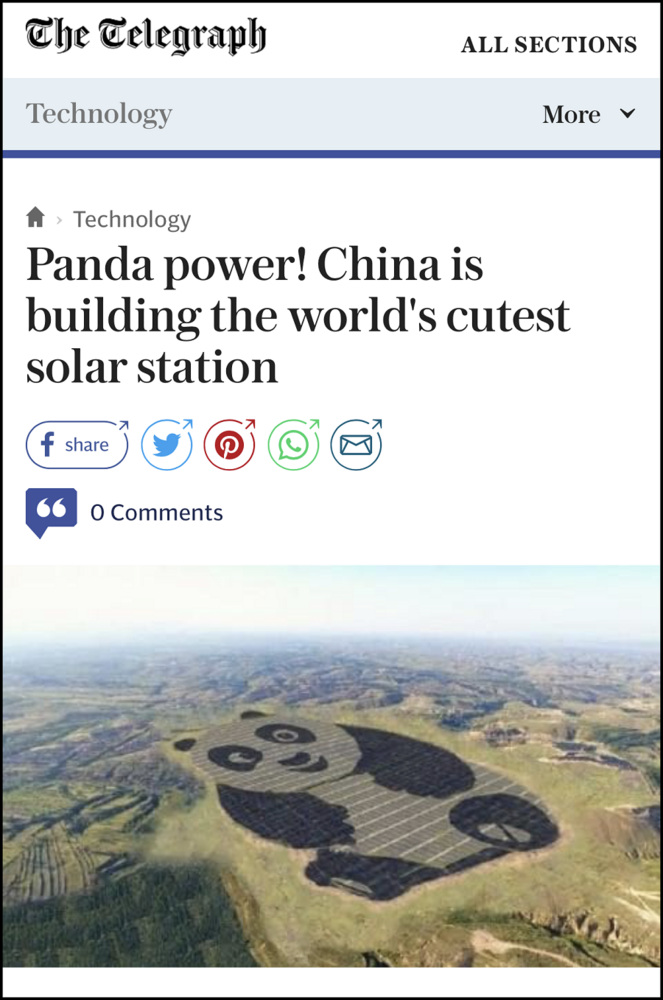 On June 29, the news of Panda Power Plant connecting to grid immediately attracted the attention from domestic and foreign media. It was praised to be an incredible creation and the world's most lovely power plant. The news was reported by foreign media such as Xinhua News Agency, CCTV, CBS, Fox News, USA Today, Fortune, News Week and others. Panda Power Plant was also recognized with its innovative design as well as contribution into promoting the young people’s concerns on the ecological environment issues.