Panda Green Energy Suizhou Power Station has an installed capacity of 100MW. It is the only grassroots power station in Hubei, which is 147 kilometers away from Wuhan city and only 15 kilometers away from Suizhou city. After the Coronavirus outbreak, the per capita infection rate of Suizhou was second only to Wuhan, due to the extremely lack of medical supplies. In order to ensure the operation of the power station, a group of young "windward warriors" of the Suizhou Power Station, whose average age is less than 30 years old, they gave up the opportunity of family reunion and get back to work, building a strong defense line against epidemic to ensure electricity production, presenting the responsibility of the youth generation.

Life matters, the epidemic situation is the calling, prevention and control is the responsibility. In order to do a good job in the prevention and control of the station, Suizhou Power Station adheres to the principle of "internal anti-diffusion and external anti-input". First, it adopts closed management. The station closes the intersections of all passages in the photovoltaic area, strengthens the guards on duty management, and prohibits outsiders and vehicles from entering the station area. The second is to make good logistics support measures. The company purchased more than 1,000 medical masks and more than 100 bottles of various types of disinfectants, to clean and disinfect the public areas of the power station. And the staff at the station are scheduled to conduct daily body temperature tests and reserve isolate observation rooms for emergency backup. Third, form a joint defense and joint control with the local village committee, jointly formulate a prevention and control emergency rescue plan, and the local government designated a person to help purchase basic living materials. If any power station employee performed symptoms such as fever and cough, he or she would be immediately sent to local hospital for medical treatment. 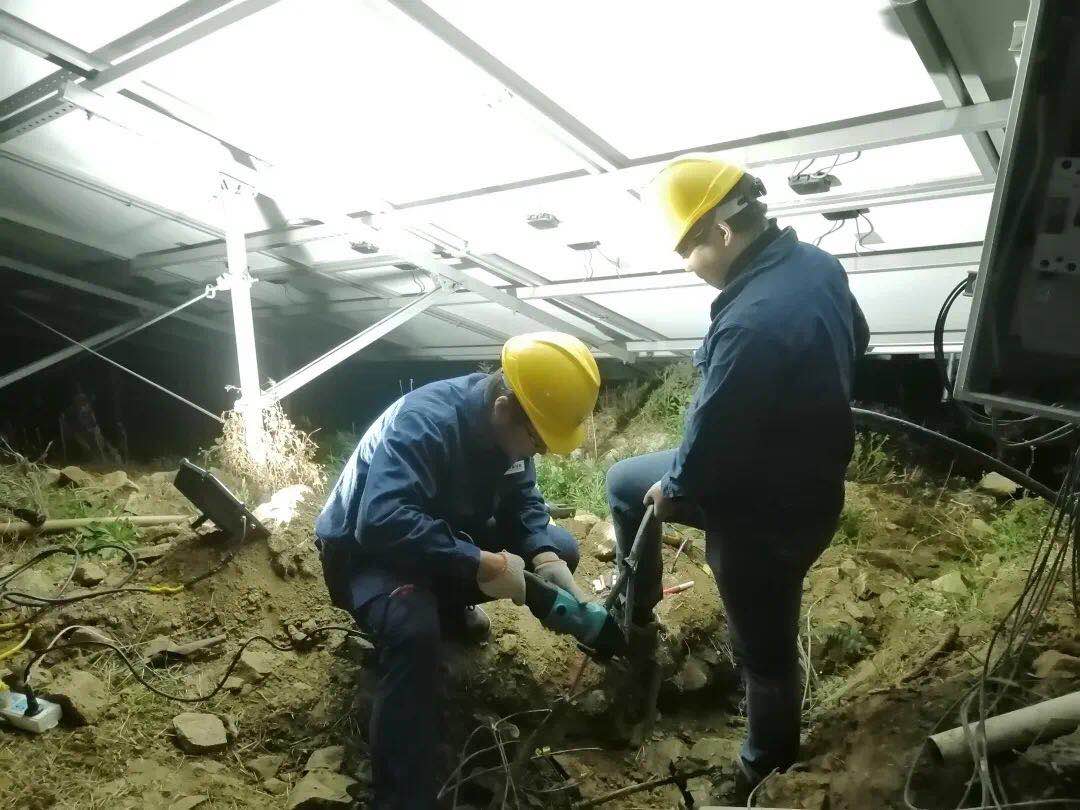 As Covid-19 intensified, after the Suizhou Power Station communicated with the group for instructions, the The person in charge of the power station, the 80's, Feng Xiaorui, suggested to suspend the handover of the existing station personnel. Jiang Xiaowei, a boy who was born in 1994 and was on vacation in Suizhou City, took the initiative to support the team and come back to the station. The Wuhan city was closed on January 23, and Suizhou city was closed on January 24, the situation became more tough. The Suizhou Power Station established an anti-epidemic power protection team composed of four people – Feng Xiaorui, Yan Shouxiang, Feng Kongyi, and Jiang Xiaowei, whose average age is less than 30. They were the youngest front line team of Panda Green. As the person in charge of the power station, Feng Xiaorui felt deeply responsible. He was more cautious and meticulous than usual. He led everyone to do a good job of prevention, control and power protection, and also gave encouragement and comfort to the team. 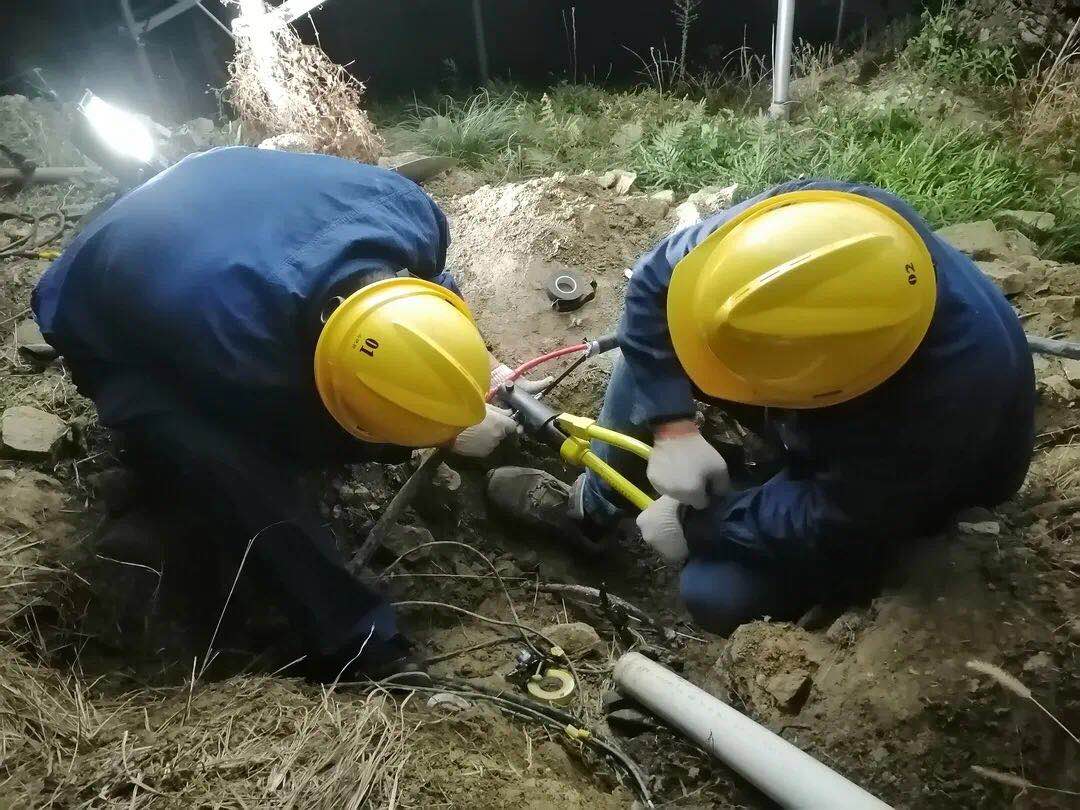 Suizhou Power Station is located in the hilly and mountainous area and was connected to the grid system in 2015. It was one of the largest single photovoltaic projects in Hubei province that year. It has played a benchmark and leading role in accelerating the pace of new energy industry and energy structure adjustments of the region. As the solar plant operates year by year, the equipment failure rate increases. In order to reduce the power loss and better fulfill the annual power production target, the anti-epidemic power protection team of Suizhou Power Station implements the day and night working mode under the premise of ensuring safety – maintenance and problem fixing at day shift, fire prevention and anti-theft inspection at night shift, as well as following night dispatching instructions, and use offline time to clean inverter.

The winter and spring seasons are dry and windy, which is also the time of frequent forest and mountain fires. To further strengthen safety prevention and control, Suizhou Power Station conducts fire inspections through various methods such as video check, check from high places, and night factory wide driving inspections. In addition, according to Feng Xiaorui, during the epidemic, the voltage of the whole network of Hubei Power Grid fluctuated greatly, and the reactive power load of Suizhou Power Grid was too high at night, and the active power load would be restricted from time to time during the day. Therefore, all personnel at the station must follow dispatch instructions at any time during a day, to respond in time and ensure the reactive power balance of the power station outlet. 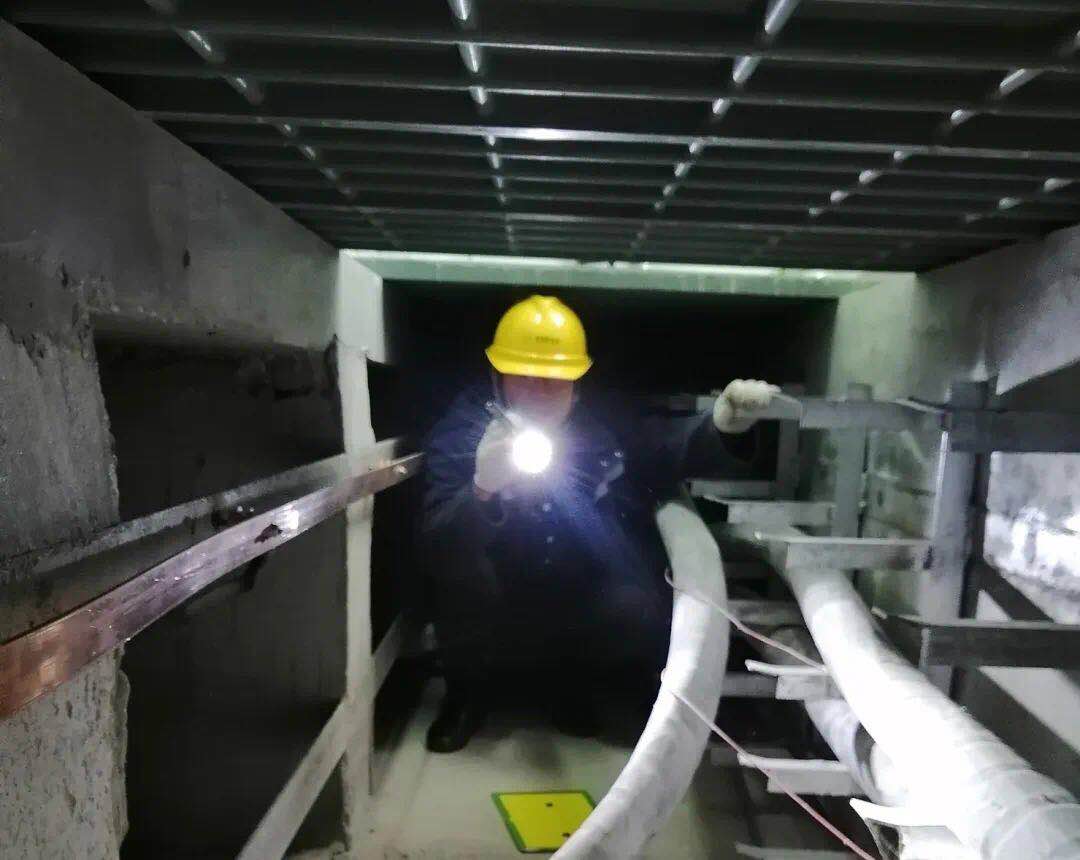 04 Leave family for team, hope everyone safe and sound after the epidemic

At 7:30 in the evening, it was dinner time. The person in charge of the power station, Feng Xiaorui, specially made his eight-treasure porridge for the hard-working team, and steamed pork as well. During the two months when the chef was absent, people’s cooking skill improved due to practice though the ingredients were limited. Feng Xiaorui made jokes from time to time, and the four young people were happy. At 9 o'clock in the evening, the office lights were still on, and inspector Jiang Xiaowei was still busy. He said that there was more zero current in the component branch of the power station recently, and he had to get a batch of bellows and cable ties as soon as Suizhou was unsealed, planning ahead. At 12 o'clock in midnight, Suizhou Power Grid called to ask for adjusting the reactive load. And the four young people cooperated with each other to complete the task.

During leisure time, four young people will take the time to video chat with or call their family members to report safety. Jiang Xiaowei and Yan Shouxiang are natives of Suizhou, and the violent epidemic imterupted the family reunion only a few kilometers apart. Inspector Jiang Xiaowei, who planned to get married in March, told his fiancée: "Sorry dear, when the epidemic is over, I will give you a more spectacular wedding ceremony." Yan Shouxiang, the foreman, often chatted with his two-year-old daughter via video, amusing her adn saying “Daddy loves you forever.” at the end of calls. The watchman Feng Kongyi who lives in Xiangyang, Hubei, left the family when his son was born only a few days ago, and could not accompany his son for the first Spring Festival in his new life, feeling sorry for that and now his son has passed 100 days, and he has witnessed the growth of the child every day through the video. The head of the power station Feng Xiaorui’s home is 300 kilometers away in Henan. It is an annual family reunion festival. Because of the epidemic situation, he chose to hold on and stay at the power station. What he concerned most is his mother at the end of the phone. He told his mother repeatedly to take good care of her health. 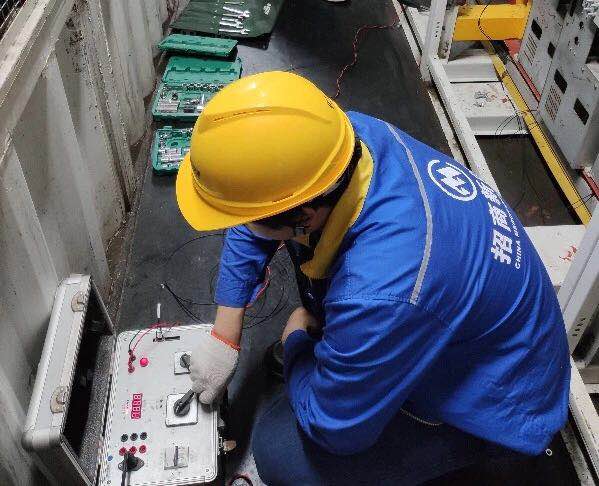 05 Young people have the responsibility to fight against "epidemic disease"

Young people have the responsibility and the capacity to fight against the epidemic. Suizhou Power Station is a microcosm of the Panda Green Energy family. Panda Green Energy Group has 239 front-line operational employees, with an average age of 31 years old. They adhere to 18 provinces, municipalities and autonomous regions across the country, and continue to light up thousands of lights with green energy. One generation has the long march of one generation, and one generation has the fortunes of one generation. In the Coronavirus time, they are fearless and become a new force fighting on the front line of anti-epidemic, demonstrating their courage responsibility. They are the most beautiful business card of Panda Green.