Everyone is responsible for prevention and control

Photovoltaic power station on the plateau

In the project landscape of Panda Green Energy Group, there are two photovoltaic power stations located on a plateau at an altitude of 4000 meters, where the altitude is high, the climate is severe, the location is remote, and the environment is poor. They are Luhuo Power Station in Ganzi Prefecture, Sichuan and Jiangda Power Station in Qamdo, Tibet. Today we will share with you the stories of fighting against Covid-19. 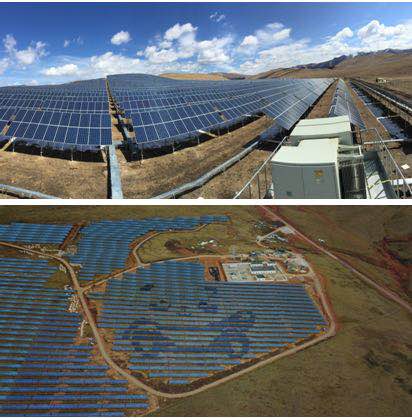 Care for employees, raise supplies to fight the epidemic

During the Spring Festival, Liu Liang, Secretary of the Party Branch of Panda Green Energy Southwest Company and Zangneng Company, has been busy. The Luhuo Power Station in Ganzi Prefecture, Sichuan Province is located in the most severely affected county in Ganzi Prefecture. The sudden disruption of transportation and traffic to the two places added difficulty to the normal operation of two power stations. As the person in charge of Southwest Company and Zangneng Company, he is particularly concerned about the working and living conditions of the stationed employees. He has coordinated and communicated with the local village committee many times and provided relevant certification materials to ask for help. He wanted to gain support for the normal work and life of front-line employees. After receiving the news that local governments strictly control the movement of personnel, Liu Liang communicated with employees through WeChat and telephone to learn their difficulties in life. He then raised anti-epidemic supplies such as masks for employees to guarantee their safety. 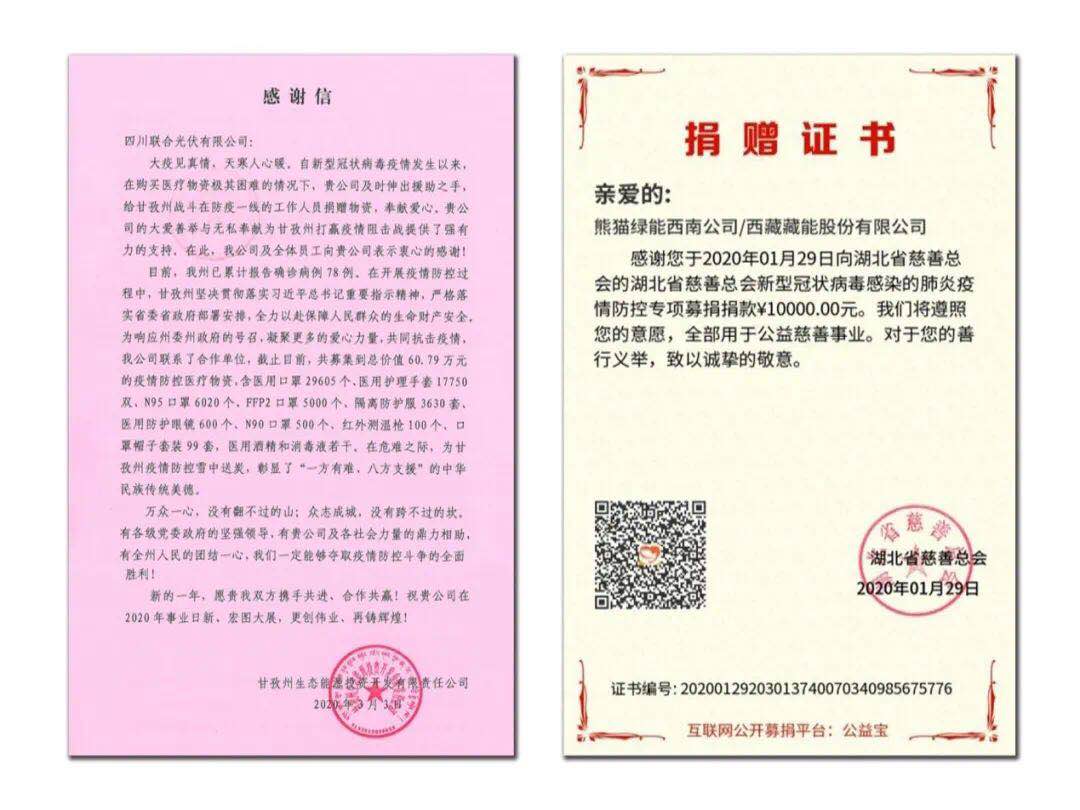 As Covid-19 intensified, and the internal personnel, materials, and plan of our group were all in place. Liu Liang learned from the news that Wuhan was short of medical supplies. As a party member, he felt that he should do something. On January 28th, Liu Liang proposed an initiative to all employees of Southwestern and Zangneng Company, calling on everyone to show their love to the people in Hubei, "One side has difficulties in all directions to support, let’s help Wuhan together", "Put all together to win this national fight against Covid-19". Although the number of staff is not large, in just one day, 26 party members donated 10,000 RMB to the Charity Federation of Hubei Province to help Wuhan fight the epidemic. 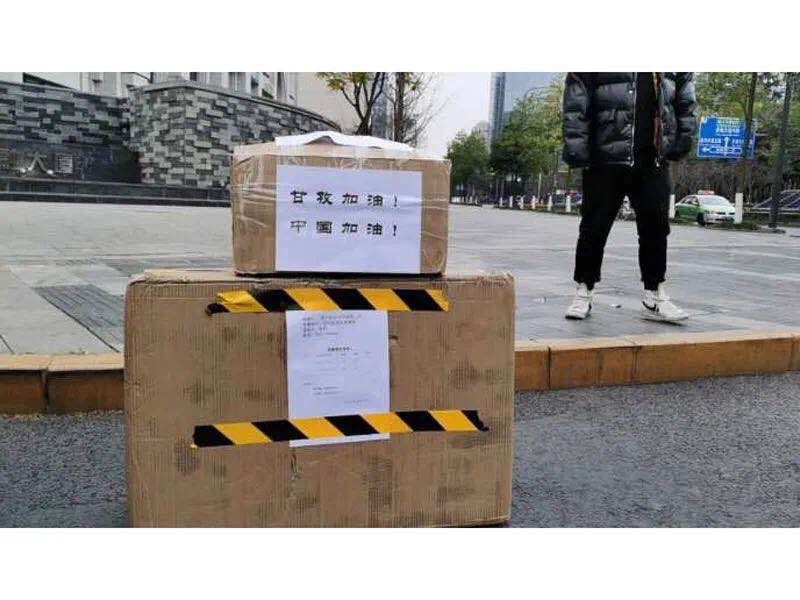 Fighting "epidemic" and poverty, passion of love on the plateau

Luhuo Poverty Alleviation Power Station in Ganzi Prefecture, Sichuan Province, with an installed capacity of 20MW and an annual power generation capacity of 30.6 million kWh. It is 27 kilometers away from Luhuo County and 4100 meters above sea level. It is a gathering place of Tibetan herdsmen. In order to help local people get rid of poverty, the power station will increase the income by 1,000 RMB per person per year. It will assist 1,970 people in 800 households with a poverty alleviation period of 20 years. In the middle of the night on February 15th, Liu Liang, the secretary of the branch, received a call for help from Ganzi Energy Investment Company, saying that the epidemic situation in Ganzi Prefecture was severe, and the cumulative number of diagnosed personnel ranked second in the province. However, due to the remoteness of Ganzi Prefecture, all kinds of supplies are scarce, and the epidemic is imminent. Ganzi Energy Investment Company had to ask the friendly unit for support to help the medical staff in Ganzi Prefecture solve the shortage of medical supplies. On February 16the, Liu Liang led party members and activists to coordinate a number of parties to purchase a batch of medical supply, and urgently handed over to Ganzi Prefecture Energy Investment Company for donation to provide targeted support to the epidemic prevention and control team in Ganzi Prefecture. 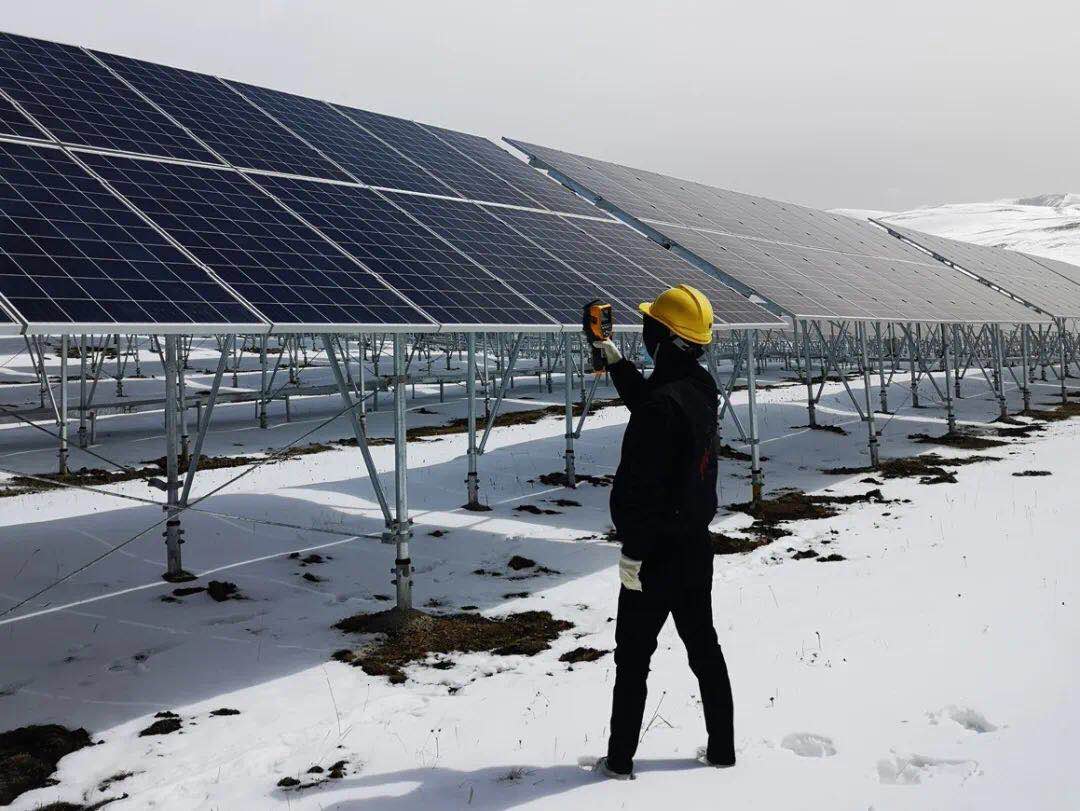 Tibetan girls in the power station

Tibet Changdu Jiangda 20MW Power Station is located in Qingnidong Township, Jiangda County, at the highest altitude of 4,200 meters among stations owned by the group, only 50 kilometers away from the nearest county town. There are six operational employees in the power station. The 22-year-old Tibetan girl Yangji and the 27-year-old Tashi Quji are the few female operational employees of the group. They endure lack of oxygen, dryness, wind and sands, coldness, broken roads and low living standards. The two post-90s girls are particularly hard-working. During the epidemic, Tashi Quji continued working for the power station without taking vacations for four consecutive months. She was meticulous, serious and diligent, without any complaints. She interpreted the elegance of the woman with practical actions and contributes to the work against the Covid-19. 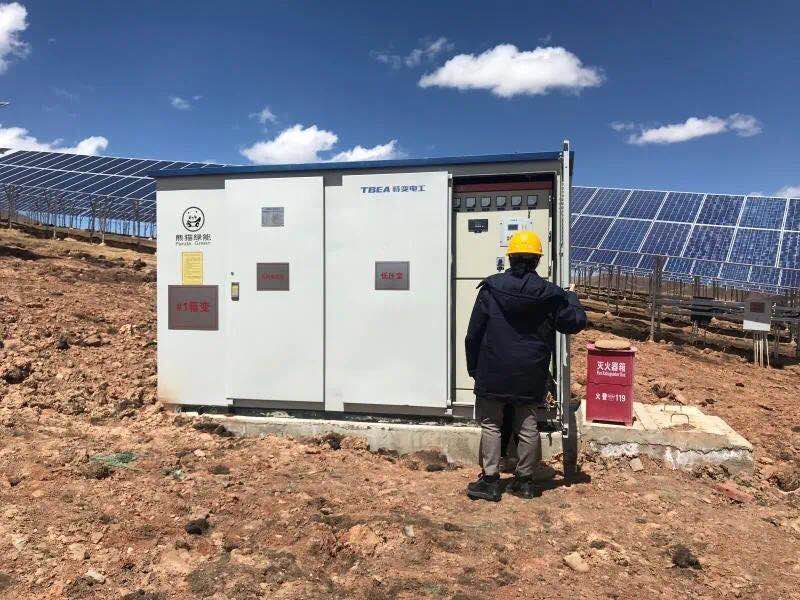 After Covid-19 outbreak, the temperature in Qamdo, Tibet once fell to -10°. The employees of Jiangda Power Station went out and shuddered after several hours of daily work. If the snow fell, their whole body would be soaked, and the work environment was very tough. Qin Yonggang from the Department of Safety and Production learned from the news that the nearby epidemic prevention checkpoints were short of materials, and the staff had only a simple tent to rest. The meals, heating, water supply, and lighting conditions were relatively poor, so they spontaneously gathered food and rushed to visit. The staff of the epidemic prevention checkpoint expressed their gratitude and hoped to bring them the warmth of winter. 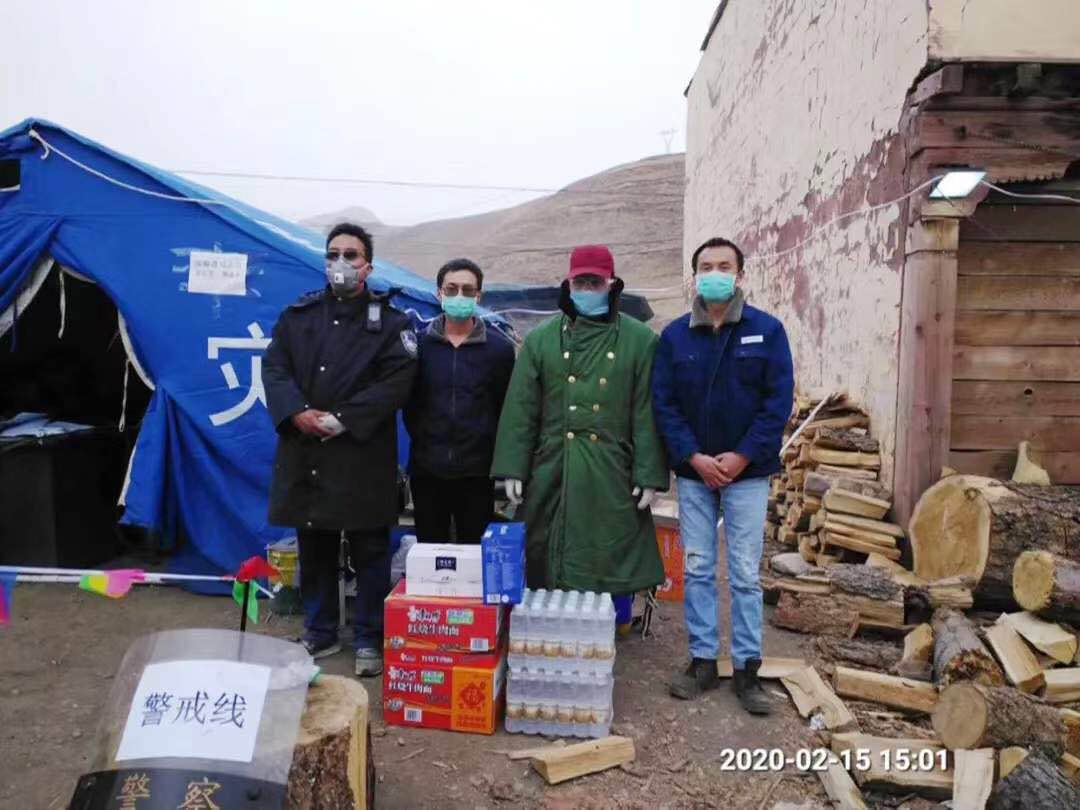 For four years, the nine power station employees in Sichuan and Tibet have been silently stationed at the Group's plateau power station under most difficult situation. Like the sun messenger, the green energy given by the sun and the warmth from the bottom of the heart are spread on this plateau. This fight against epidemic resistance and poverty alleviation will definitely be won as soon as possible.
Return