United PV keeps abreast of both domestic and international new energy technology development. The Company strives to achieve a higher level of new energy usage through the effective application of internet technology, Internet of Things, big data and cloud computing technology in the management of solar projects, in which the Company is notable for its ground breaking and innovative business model combining “Internet and New Energy”. The Company was enlisted in the first batch of Top Runner Program by the central government in August 2015, to lead the industry and enhance the competitiveness of Chinese corporates by applying advanced technology.

United PV has made remarkable achievements in terms of the Company’s value asset, revenue and profit as its business expanded rapidly and successfully. According to the Company’s 2015 interim results, the Company’s revenue surged 125% to RMB283 million and EBITDA for the solar power plants business increased approximately 227% as compared to the corresponding period in 2014. 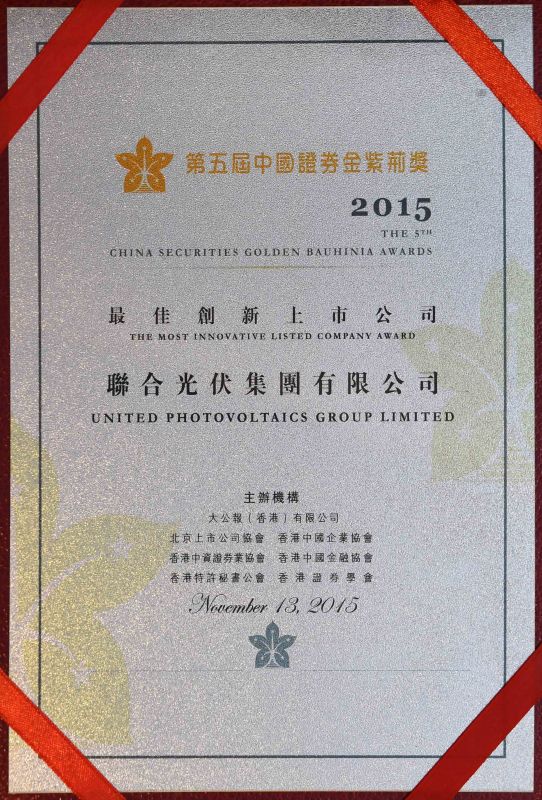